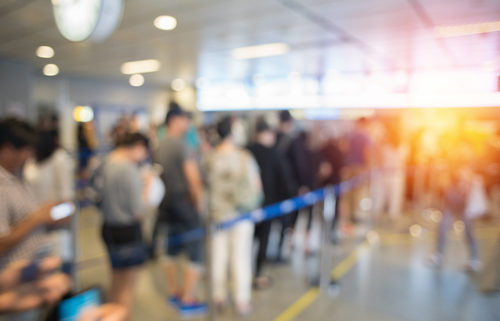 This article explores the shift away from demand-driven economic migration policy, and the likely consequences of the coalition’s blueprint for skilled migration from 2018.

To say it has been a tumultuous year in the immigration space is no exaggeration.  Immigration Secretary Michael Pezzulo, Minster Peter Dutton, and Assistant Minister, Alex Hawke have superintended one of the biggest disruptions to the employer-sponsored visa framework since its inception.

For years, the employer sponsored visa framework was the darling of a demand-driven system of skilled migration, facilitating Australia’s mining boom, and supplementing skilled shortages in key sectors of the Australian economy.  However, the 457 visa programme (and the gateway it provides to employer nominated permanent residence), has been the political plaything of successive governments keen to get tough on perceived visa rorts, and the impact on Australian jobseekers.  Whilst there have been well reported instances of visa fraud and exploitation, these are more politically significant than statistically so.

The headlines to most recent round of reforms have been broadly publicised since the joint-Prime / Ministerial announcements on 18 April 2017.   In broad brushstrokes, the changes involve:

The net effect of this staggered rollout has been significant, and some commentators have predicted the number of employer sponsored permanent residence grants will drop by two thirds of the current levels following the final phase of the reform package slated for early March 2018.

The changes appear to have been popular with voters (and the senate), and it is telling that the changes were not predicated on any consultation process with employer or industry groups.

The creation of what is effectively a 2-year ‘guest worker’ visa was clearly designed to cool the numbers of visa grants based on those occupations.  However, the reality has been that numbers have been reduced to a trickle and businesses are finding it extremely difficult to attract anybody via the 457 visa programme because there is little or no prospect of a long term career for the foreign worker.

The irony is that by recognising that there is a short-term skill shortage in these occupations, the Commonwealth Government has effectively removed any incentive and blocked supply altogether.

Current unemployment sits at 5.4% (roughly half of its peak in 1992 and a third higher than its all-time low before the GFC in 2008).  Throughout the writer’s 13 years of practice in this area, use of the 457 visa programme has tracked reliably against to the unemployment rate of the day, (usually taking off at the 5% threshold).  This is a strong indicator that the programme, by and large, was a well calibrated supplement to skill shortages in Australia.  It is therefore difficult to reconcile the reform agenda with the sound economic policy underpinning the demand driven model made famous by the then DIAC Chief Economist, Mark Cully.

In recent months, Atlassian has been a very vocal proponent of the 457 visa programme in print and television media. In a recent article in the Murdoch press, Atlassian co-chief executive Scott Farquhar hit out at the federal government’s cutback on skilled worker visas, saying the move will cost Australians jobs and signal to the world that the country is “closed for business”.

Atlassian famously employs around 1000 people in Australia with a relatively high proportion of them (variously 20-25%) holding subclass 457 visas.  The point of frustration for the Atlassian’s in Australia is that without these imported skills-sets in emerging industries, they – like many new-tech businesses –  cannot justify operating in Australia whilst waiting for our STEM initiatives to deliver the necessary skills.

Mr Farquhar goes on to state “The idea that if I bring in 100 people from overseas I will be taking away 100 jobs in Australia is not right”. “It will actually be creating jobs which would otherwise have gone to China or India or the US”.

It is not just STEM based roles that are affected. In the first round of changes to the 457 visa programme, the role of Recruitment Consultant was relegated to the 2-year 457 visa list, with additional criteria, and no prospects of employer nominated permanent residence. Fast forward 6 months and it is slated for removal from the 457 visa programme altogether. This is despite the fact that according to analysis conducted by job search portal ‘Indeed’,  Recruitment Consultant is among the top 20 most difficult vacancies to fill Australia-wide.

And there is already evidence of these roles being offshored. In the retail sector, retail buying, m-commerce and merchandising functions are now being been sent to overseas hubs, because it is extremely difficult to fill these roles locally, or attract overseas candidates without a long term opportunity.

At a minimum, this represents a loss to the revenue in terms of income tax, and other contribution to the economy of a tax paying expatriate employee, (which may also include premiums on student school fees, health insurance, and partial forfeiture of superannuation contributions). This is of course in addition to the many other economic, social, and cultural contributions made by temporary and permanent migrants to Australia.

Without a pathway to PR for bright graduates of the Australian tertiary sector, our education export earnings (a record $21.8 billion in 2016) are at appreciable risk.  It is certainly important to ensure that the quality of Australian higher education can stand alone without the promise of automatic permanent residence, and for the most part it does.  This is partly because international competition for foreign students is itself a key driver of innovation, excellence, and integrity in the tertiary sector. But it does no harm to Australia to re-circulate these skills within the domestic labour market (within existing net migration programming parameters). However, for most talented graduates, this will no longer be an option under the 457 visa programme.

From March 2018, a Skilling Australians Fund (SAF) levy will be imposed on sponsors when nominating a person for either a TSS visa or for an employer-nominated permanent residence visa. This levy ranges from $1,200 p.a. for the TSS visa, to a one off payment of $5,000 for a permanent visa applicant, and is designed to replace the ‘training benchmarks’ that currently exist in the 4557 visa programme.

This will relieve many sponsors from having to invest between one and two percent of payroll in training Australian employees or through industry training funds, Putting aside some unresolved issues relating to ‘double dipping’, it is understood that many business already meeting the benchmark/s consider this a tax on them for already doing the right thing.  With a finite training budget, the theory is that many businesses will need to carve out existing training budgets to pay the training fund levy.

It is difficult to see how throttling access to the international labour market is consistent with Australia’s interest in being competitive on the global stage.  The Department of Immigration and Border Protection is single-mindedly focussed on its border protection remit (the dominant culture since the merger in 2015), at the expense of an effective economic migration programme that has supported the Australian economy remarkably well for over 20 years.

If any of the probable consequences outlined above come as a surprise to the Government, then it is incumbent on our immigration leaders to pay more attention to economists, employers, industry, and Australian workers, in favour of making populist lurches for short term political advantage.

For inquiries, please contact Alex Kaufman, Head of Migration at FCB Smart Visa at +612 9922 5188 or ajk@fcbsmartvisa.com.au